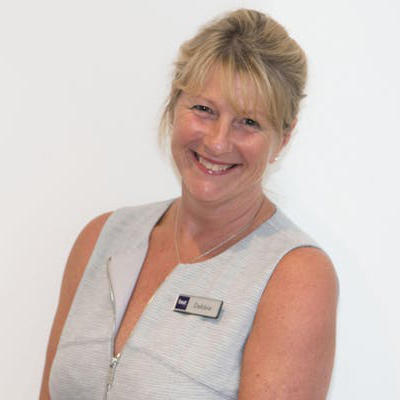 Debbie trained at Guys Hospital London and graduated with the prestigious Mactier Memorial Prize. During her career in the NHS Debbie specialised in musculoskeletal problems and elective orthopaedic physiotherapy, both in  in London and local hospitals. Whilst in London she worked in a private Sports Injury Clinic and was also selected as a physiotherapist for the Commonwealth Games. On her return to the locality the then Debbie Todd joined forces with Linda Whike and Vicki Rafferty to establish Burrows Whike and Todd Chartered  Physiotherapists in 1987 – soon to be joined by Christine Hopley in new premises in Parkstone and a name change to BWT Physio in 1989.

Debbie is now a Clinical Director with a specialist interest in headache, chronic pain and occupational health. Debbie is also trained in Acupuncture and as an expert witness. Debbie has lectured on Fibromyalgia and enjoys public speaking on how to optimise your health.